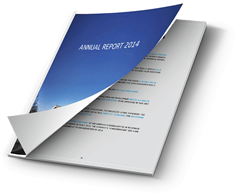 These are the cases finalised during 2013. Some of these cases were received in earlier years.

This refers to the % of cases which are resolved wholly or partially (W/P) in favour of the complainant. These cases are resolved by way of settlement, mediation, conciliation, recommendation or determination.
The overall average for 2013 is 33%.

It is important to note that in only 4 cases did our office make final determinations in favour of a complainant. These determinations are published on our website under Final Determinations.