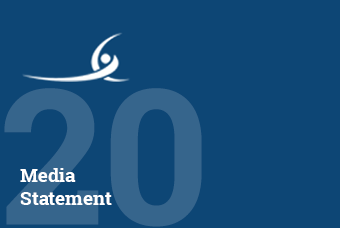 The insurance industry will have a single Ombudsman from 1 January 2020. He is retired Judge, Mr Justice Ron McLaren who brings with him a wealth of judicial experience and knowledge in dealing with and resolving insurance disputes.

Against the backdrop of changes in the policy and insurance environment, the Boards of both insurance ombudsman schemes made an in-principle decision to enter into a shared services agreement and have a single Ombudsman for the adjudication of both short-term and long-term insurance complaints.

Judge McLaren said there will be a single port of entry for complainants who are uncertain at which office to lodge a complaint. This will go live on 1 February 2020. Complainants of both life and non-life insurance can also continue to use the existing entry points. If a complaint needs to be transferred to the other office it will be a seamless process.

Judge McLaren was admitted as an attorney in 1968 and practised until 1978 when he joined the Pietermaritzburg Bar. He became a Senior Counsel in 1984 and left the Bar in 1990 when he was appointed as a Judge, which position he held for more than 20 years.

On 1 June 2013 he was appointed as Ombudsman for Long-term Insurance, which position he will continue to hold as the joint Ombudsman.

The Ombudsman for Short-Term Insurance will continue to have jurisdiction over all types of short-term insurance products, including motor, house owners (buildings), householders (contents), cell phone, travel, disability and credit protection insurance, and commercial insurance for small businesses and sole proprietors.

The Ombudsman for Long-Term Insurance will continue to have jurisdiction over complaints about long-term insurance products such as life insurance, funeral, long-term disability, credit life and health insurance policies.

For the Ombudsman for Short-term Insurance, visit website www.osti.co.za or call 0860 726 890 or email info@osti.co.za.

For the Ombudsman for Long-term Insurance, visit website ombud.co.za or call 0860 103 236 or email info@ombud.co.za.

On behalf of the:

Board of the Ombudsman for Short-Term Insurance