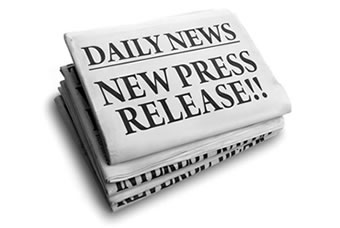 The office of the Ombudsman for Long-term Insurance recovered R184,4m in the form of lump sums for consumers from long-term insurance companies during 2015 and complainants received more than R527 666 in compensation for poor service. These amounts do not include income benefits, annuity payments and the value of non-monetary benefits.

The office plays a vital role in dispute resolution providing consumers with an independent, free service when they feel they are not treated fairly by insurance companies. At the same time the office gives guidance to the industry on fairness and the interpretation of legislation.

At the release of its annual report for 2015, Long-term Insurance Ombudsman, Ron McLaren said it had received 9 815 written requests for assistance in 2015, an increase of 6% on the previous year. Of these, 5 018 were chargeable complaints, with 3 491 cases full cases finalised and 75% of cases finalised within six months of receiving them. 29,8% of cases were resolved in favour of the complainant, slightly up on 2014’s 29,7%.

The nature of complaints followed a similar trend to the previous year, with claims declined by long-term insurers comprising the lion’s share at 55% of the total complaints submitted. Complaints about poor communication, historically the second largest category of complaints, showed an annual decrease.

“It is promising that insurers seem to have worked hard to communicate more clearly with their clients about policy terms and conditions,” says McLaren. “Good progress has been made on complying with Treating Customers Fairly principles too.”

The types of long-term insurance products most consumers complained about were funeral cover (35% of complaints) and life cover (31%). Complaints in the health category decreased for the third consecutive year to 14% as a result of fewer complaints about hospital cash plans.

For the fourth year running the office has also released complaints data in respect of each subscribing insurer. This information includes the number of complaints received for each insurer and the percentage of cases resolved in favour of complainants.

“This appears to be a worldwide phenomenon, with the reasons for unreasonable conduct including anger, frustration and an exaggerated sense of entitlement,” says McLaren. “Some complainants claim to be seeking ‘justice’ or ‘a moral outcome’ but tend to display unreasonable arguments, behaviour, demands and persistence as well as unwillingness to co-operate.”

Since these cases were particularly resource-intensive, the Ombudsman worked hard to ensure an efficient complaints handling process provided less scope for unreasonable complaints. He added that the office also tried to give adequate reasons for rulings and decisions and made personal contact with complainants.

McLaren also noted that there was an increase in the number of complaints that were lodged directly with the office of the Ombudsman, rather than through insurers. These complaints, known as Transfers increased by 7% year on year. Full cases – complaints already seen by insurers and handled by the office from start to finish – decreased by 12% as the Ombudsman encouraged complainants to first try to resolve their complaint directly with their insurer.

McLaren said it would be premature to comment on Financial Sector Regulation Bill, 2015, which was tabled by the Minister of Finance which provides for sweeping changes in the regulation of financial ombudsman schemes and provides for an establishment of an Ombud Regulatory Council. He added that the office would engage in further consultation with National Treasury on the issue.

A comprehensive performance audit by independent reviewer Dr Elmarie de la Rey found that the office passed with flying colours when measured against an international yardstick of seven fundamental principles set out by the International Network of Financial Services Ombudsman Schemes (INFO network).

Areas for improvement highlighted included increasing publicity that the office is independent, that compensation may be awarded and that the service is free. It also recommended publicising the fact that the office actively investigates complaints and that the lodging of a complaint suspends any time limit for taking the dispute to court. The office is taking steps to address these suggestions.

“The report is eloquent testimony of the sustained and dedicated effort of the staff to improve the standard of service provided by the office,” said McLaren.

ISSUED ON BEHALF OF THE OMBUDSMAN FOR LONG-TERM INSURANCE