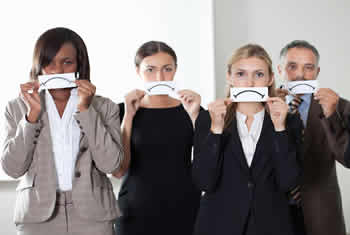 The Office of the Ombudsman for Long-term Insurance received 9 592 complaints against long-term insurance companies in 2012, the highest ever and 4% more than in 2011, according to its latest annual report.

“Consumers are continuing to become more insistent and persistent, and cases are becoming ever more complex,” said Ombudsman Judge Brian Galgut at the release of the report.  “Complaints were received fairly regularly throughout the year, on average approximately 39 per working day.”

During 2012, the Ombud finalised 4 538 full cases, with 80% of cases finalised within six months. The Office recovered R94.3m (in lump sums) for consumers, with 37,4% of cases resolved wholly or partially in favour of complainants.  In addition compensation of R413 428 was granted to consumers for poor service.

“The adversarial system of justice through the courts is formal and time-consuming and is generally inaccessible to most consumers because of the cost of legal proceedings,” says Judge Galgut.  “It is for these very reasons that Ombudsman schemes are on the increase in many countries.”

“The changing nature of cases handled by the Ombudsman is reflected in the fact that 90% of cases were contained in the categories Claims Declined and Poor Communication and Poor service,” says Judge Galgut.  “In that there is a lesson for long-term insurers in terms of improving their communication with their customers.”

But he points out that complainants sometimes expect the Ombudsman to “fight” their cases for them, thereby to side with them, which is not the Ombudsman’s function.

“Consumerism has arrived to stay, and with it have come ever more persistent complainants who do not take no for an answer even when their complaints are without merit, a trend experienced by other ombudsman schemes both in South Africa and internationally.”

“In resolving disputes the Ombudsman has the power and obligation ‘to accord due weight to considerations of equity’and ‘to ensure that insurers act with fairness and with due regard to both the letter and the spirit of the policy contract'”.

He says this means that where an application of the law itself, which obviously includes the terms of the policy contract, would lead to an unfair result, considerations of equity (fairness) become relevant.

Judge Galgut adds that excessive claims on hospital cash plans in KwaZulu-Natal remain concerning as they appear to be part of a scam involving certain hospital groups, medical practitioners and a particular medical scheme.  Although insurers were investigating, the problem has carried on into 2013.

After six years as Ombudsman, Judge Galgut’s term of office expires on 31 May 2013 and Judge RP McLaren has been appointed as Ombudsman for five years from 1 June 2013.

About the Ombudsman for Long-term Insurance

The mission of the Ombudsman is to receive complaints against subscribing long-term insurers and resolving them independently, objectively and cost-free to the complainant through mediation, conciliation and recommendation or determination.