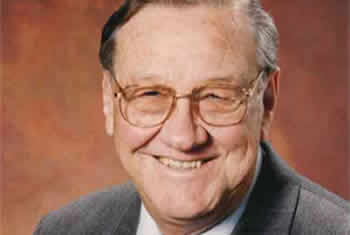 The late Judge Steyn passed away on 30 December 2013. He joined the office as a joint Ombudsman until the retirement of the late Judge Kotze in 1997, after which he remained the Ombudsman until 2003. Shortly after his death various tributes were paid to Judge Steyn in the press and in the social media. It is not intended to refer to those extensively – a quotation from only one such report encapsulates the essence of those attributes: “Jan Steyn was a passionate advocate for justice and equality in South Africa and served South Africa and several Southern African Development Community countries in the highest capacity in the fields of law and development.”

In order to demonstrate the huge influence which Judge Steyn had on the way in which the office functions, it is fitting to quote from the 2009 Annual Report in which the following was said:

“Under Judge Steyn’s influence the Rules were changed in 1997 to stipulate that, if resolution by conciliation or mediation could not be achieved, the office could make decisions and that subscribing members would be bound thereby. An internal appeal procedure was also introduced for the first time. The Rules were also changed to give the office the power to award compensation to a complainant who suffers inconvenience, distress or financial loss caused by an insurer’s error, omission or maladministration. … There were also structural changes. In 1999 the Ombudsman’s Council was established, which is the independent body to which the Ombudsman became answerable, and which was put in place to monitor the proper functioning and independence of the Ombudsman and henceforth to appoint the Ombudsman and his Deputy.”

The staff members who worked with Judge Steyn during his tenure of office as Ombudsman have fond memories of him. They described him as a “passionate, compassionate, principled and charming man of stature who came up for the underdog and who did not tolerate any form of discriminatory behaviour”. They also said that “he was generous to a fault”. The staff members benefitted from that generosity. So did the office –Judge Steyn made a very handsome donation which was used to acquire a much-needed set of South African Law Reports and various other publications for the office. In recognition, the office library was named after and in honour of Judge Steyn on 31 May 2013. This fitting tribute to an outstanding person will ensure that his memory lives on in the office.